During 500 BC under the Babylonian kingdom, the first record of the biometric identification system happened without technology. It was not as advanced as what people use today. The method to identify the identity of a criminal was through body measurements. A Parisian named Alphonse Bertillon improvised the technique to authenticate an individual’s identity.

Biometric technology identifies people based on their behavior or intrinsic physical traits. It enables the identification of a person and establishes reliability using the technology’s unique biological features. Moreover, biometrics means two Greek words – the first word is “bio,” referring to life, while “metrics” refers to the ability to measure. Additionally, biometric solutions came to exist prior to the advent of computers processing capabilities – the official biometric technology started in the 1880s.

As biometric technology started in the 1800s, the concept of fingerprinting in biometric followed. It is the other means of authenticating criminals and also serves as a form of signature for contracts. Edward Henry earned the credit to develop the Henry Classification System, the first system to authenticate identities using fingerprints.

While biometric technology continued to evolve in its concept, facial recognition technology was born in the 1960s. The administrators developed this automated system to analyze facial features and identify usable points. Since law enforcement extensively used facial recognition technology, the Federal Bureau of Investigation funded the automated process in 1969. This system developed sophisticated sensors for data extraction and biometric capture.

After the birth of facial recognition technology, the rise of speech recognition technology occurred in the 1980s. The National Institute of Standard and Technology created a group to become the foundation of today’s voice commands and recognition systems. NIST also invented the concept of iris recognition algorithms in 1985 as they discovered the beauty of blood vessel patterns in the eyes for authentication. Furthermore, in the 2000s, biometrics became functional and available for the entire United States. The technology was also used in commercial products but not in government settings anymore.

It proved that biometric technology rapidly grows even today. As the advancement continues, biometrics are present in smartphones – there is facial recognition and fingerprinting features. Also, passwordless authentication has become one of the safest methods to prevent credential theft in today’s situation. In some instances, since everything functions in computerize, a strong customers authentication solution is crucial as it adds layer of security for electronic payments.

You may visit LoginID to learn more about the passwordless authentication method. 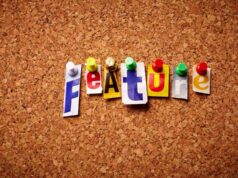 What are Boosted Odds Bonus Offers?

What Is Private Labeling

What are Boosted Odds Bonus Offers?

What Is Private Labeling